Manchester United football club could not be as popular as it is today if it was not for the contribution from its highly talented players. The purpose for me writing this blog is to inform you of who the current Manchester United players are. Currently, there are about 29 players in the squad taken from 14 countries and three continents.

Who are the members of the First team?

The goalkeepers: Who are they?

Without the goal keeper there many goals would have been scored against. The goal keeper is usually the last man standing to prevent the opponent from scoring. 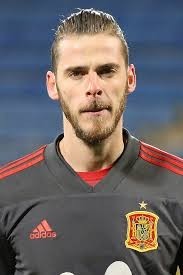 I believe if I should ask you now, who the current goal keeper for Manchester United is you can tell me with confidence that he is David de Gea and he wears the number 1 jersey.

The number 1 jersey fits him because he is the number1/ the best player on the team now. His performance has been excellent all season, and previous seasons.

The Spain goal keeper is currently the best goal keeper in the world as he is well-known for his amazing shot stopping saves and agile saves, plus his demonstration of confidence and awareness.

The second goal keeper, who is usually used during FA cup matches, is from Argentina and goes by the name of Sergio Romero. He is a good goal keeper, but not as good as David de Gea. He currently wears the number 20 jersey.

You may not know the name of the third goalkeeper because he is hardly used by the team- I have never seen him play, is Joel Pereira, who hails from Portugal. He wears the number 40 jersey.

The back line: Who are the defenders? 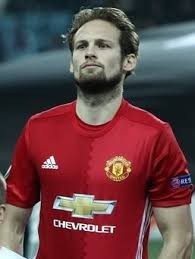 Usually, when a team is going to play a match, the first thing mentioned is the line-up, then formation or vice versa. The line-up, which usually consists of four (4) defenders, can be used to determine the formation.

You should know that as of recent times the club’s manager uses a 4-2-3-1 formation and sometimes the 4-3-3 formation, with the latter seeming to be the most preferable one at times by supporters and match analysts.

According to the information I have received, twelve (12) of the Manchester United players on the Man United roster are defenders.

Now for the names of the defenders that you have been waiting for me to name. Drum roll…

A football team cannot be successful without a strong and cooperative midfield. Their are 10 players that were signed to play as midfielders for Manchester United. I must let you know that these Manchester United players are very skilled and talented. These players have been selected from about 5 different countries. 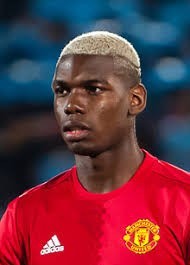 Now, here they are:

1. Paul Pogba– he has been assigned the task as the talisman for the Manchester United A team. The France midfielder wears the number 6 jersey. He joined United from Juventus.

2. Jesse Lingard- he currently wears the number 14 jersey, plays for the England national team, and is currently one of the players that have scored winning goals for United.

3. Juan Mata- he wears the number 8 jersey. This midfielder is one of the most effective on the Manchester United team right now. He has been playing well- he is involved plays that led to goals, have goal assists and have scored as well.

4. Marouane Fellaini- this tall player who can be easily identified for his afro-looking hairstyle, hails from Belgium. He currently wears the number 27 jersey.

5. Ander Herrera- a Spain international player, Herrera wears the number 21 jersey and is sometimes thought to play in the forward position.

6. Nemanja Matić – a player that was signed from Chelsea, and who used to be managed by his current manager- Jose Mourinho, wears the number 31 jersey. He is a Serbian international player.

7. Scott McTominay- this player seems to be doing quite well as of late and Jose Mourinho has a few praises for him. He wears the number 39 jersey.

8. Michael Carrick- the player, who is soon to retire from club and international football, hails from England, wears the number 16 jersey. He is one of the stalwarts on the team and is the best midfielder known for Manchester United now. He has been playing in midfield for United under Alex Ferguson’s management, and will hang up his boots under the rule of Joe Mourinho.

10. Ethan Hamilton- this player hails from Scotland. You may not know this player because he has not been given start games for the team yet. He wears the number 48 jersey. He is currently a reserve player.

Forwards: The men that play on the front line

Manchester United have a highly skilled and talented team of 5 forwards/strikers.

1. Zlatan Ibrahimović – this Swedish player wears the number 10 jersey, was signed from Paris Saint German (PSG) and has been clinical for United when he plays.

However, he has been plagued by injuries and as a result, not much of him has been seen on the field for United this season.  Based on recent reports, he has been signed by LA Galaxy.

2. Romelu Lukaku- this player, hailing from Belgium wears the number 9 jersey. He is currently the main striker for Manchester United and the club’s current leading goal scorer this season.

3. Anthony Martial- this player hails from France and wears the number 11 jersey. He can be quite clinical at times in the 18-yard box.

4. Marcus Rashford– hailing from England and is currently on the England senior men’s world cup team. Rashford wears the number 19 jersey. He is a very dangerous player near the goal.

5. Alexis Sanchez -this Chilean player wears the number 7 jersey. He was signed from Arsenal in a swap deal for Henrihk Mkhitaryan. Let’s see how effective this player will be for United.

One for all and all for one

The Manchester United players are trained together and when they train they try to impress their coaches and the Manager that they are fit enough to make the starting eleven, or at least, play as a substitute in the next match.

The success of the team depends on the overall effort of the team even though one man’s brilliance can determine whether they win or lose. For example, the brilliant saves made by David de Gea to deny Man United’s opponents goals that could have given them victory. Another example, is the effort put out by Marcus Rashford on March 10, 2018 to score two goals against bitter rivals Liverpool to win 2-1 in the second encounter of the EPL season.

I believe Man United should use this motto “One for all and all for one” as a quote to motivate themselves to win matches, and especially titles.

Thank you for reading.  I will be making further updates about the Manchester United players’ progress for the club. If you any question or comments about any player, you can leave them in the comment box below and I will get back to you as soon as possible.

CHECK OUT THESE PRODUCTS FOR YOUR DELIGHT